The Valdarno chicken breed is a dual-purpose breed native to Tuscany, in central Italy. It is very similar to the French Bresse Gauloise, and famous for its highly rated meat and good egg production. It is a quite different breed from the Valdarnese, which originates from Upper Valdarno, and is white.

The Valdarno belongs to the category of Mediterranean breeds: light, elegant, and country-type. It is very resistant and active poultry, an excellent option for free-range rearing. It has a simple crest of medium size, with 5 or 6 points. The earlobes are oval porcelain white and their eyes are dark red. 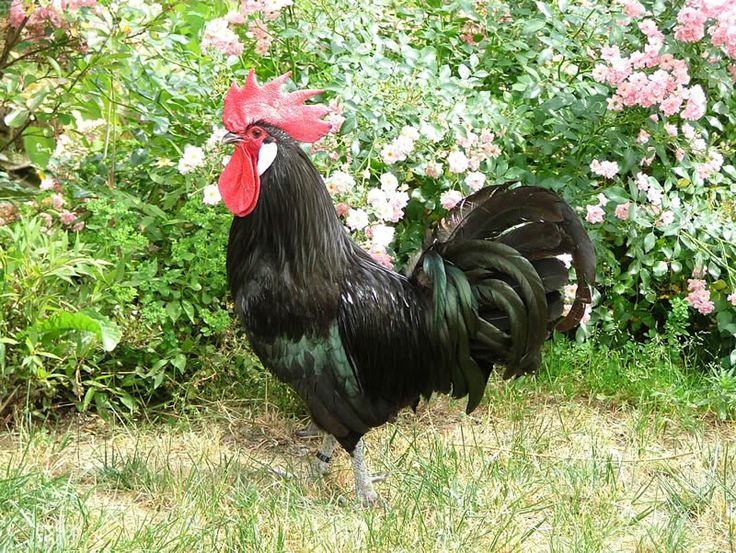 There is only one variety of the Valdarno breed: The black one that shows a slightly dark green glow when posing on sunny days. The legs are dark slate in color, the bill is black and its fur is white.

Valdarno chickens are good producers of white eggs weighing 55 g. They lay around 180-200 eggs per year, but they rarely meditate. Valdarnos are fast-growing birds and the hens begin to produce their first eggs at 5 months of age.

The breed has been present in the Tuscan countryside since the 19th century, more precisely in Lower Valdarno and in the Pisan plain. The first description of the Valdarno chicken is the one given by Pochini, who recommends it above all others as suitable for small and large-scale rearing, due to its rapid growth and the hens’ maternal instinct, but points out that it requires space. and it does not adapt well to closed confinement.

The first breed standard was presented by poultry farmer U. Maggi at a conference in Mantua in 1905; the author believed that the breed predated 1848 and noted the predominance of the black variety, as evidenced by the local saying “pollo nero, pollo vero”, or “black chicken, real chicken.”

In the first decades of the 20th century, the breed became quite rare, which is why it was often believed to be extinct, but it was recovered, first by Alessandro Ghigi in 1922 and then by Taibel in 1924. Later these strains also quickly dispersed, and the race was abandoned due to the success that Leghorn was having in Italy and abroad.

In the following years, Valdarno became the subject of a long and heated discussion by those who wanted to prove its authenticity and who claimed that it should be considered a variety of the Leghorn. Although its authenticity was finally recognized.

At the beginning of the year 1900, some Italian breeders were interested in the recovery of this breed, and they used their forces in an attempt to reconstitute it. The merit of this selection work is due to Fabrizio Focardi, who used poultry found in the countryside of Siena by the breeder Gabriele Fratalocchi together with the French black Bresse and especially the Castellana. The result of this selective work carried out patiently saw its first fruits in the Italian Poultry Championship in 1998, held in Reggio Emilia: the exhibitors convinced the judges so much that the Valdarno was once again on the list of recognized poultry breeds in Italy. , with a purity standard faithful to that compiled by Maggi in 1905.

Breed numbers are still low. A study published in 2007 revealed a figure of approximately 200 for the total breeding stock, of which approximately 50 were roosters.