Kabir chicken is one of the most popular chicken line breeds in the Philippines and is often the subject of arguments among backyard chicken raisers. The argument of whether Kabir is a breed or not is a never-ending debate and in this article, we will explain what Kabir chicken really is.

Kabir, the colored chicken was developed by Kabir International, an Israeli company founded by Zvi Katz during the 1960s. In 1999, Kabir International was acquired by Cobb-Europe, a division of Cobb-Vantress, the oldest and one of the biggest chicken breeders in the world. Today, the Kabir brand is marketed by Cobb and is one of the most popular broiler breeds along with SASSO which is ideal for free-range farming.

Is Kabir a Breed?

This is where the argument always starts. When someone calls Kabir a breed, other people are quick to react saying Kabir is not a breed but a company name.

Let’s compare Kabir to Converse shoes. When you are wearing a pair of Converse and asked what is your shoes, of course, you would tell them it’s Converse. Whether it’s Chuck Taylor, Louie Lopez, or One Star Classic, it’s still a Converse. But Converse is a Company that produces not only shoes but also clothes right? The same with Adidas and Nike. The same thing applies to Kabir.

Kabir International is the name of the company and we cannot call its product other than Kabir. Yes, Kabir is a line of breed because it is developed by its company with the same name. Kabir has many products and they use codes with Kabir30 as the most popular – the one we have here in the Philippines. These chickens are hybrid and when you combine two or more breeds to develop a new product, you have to call that product something. In this case, it’s Kabir plus the code. 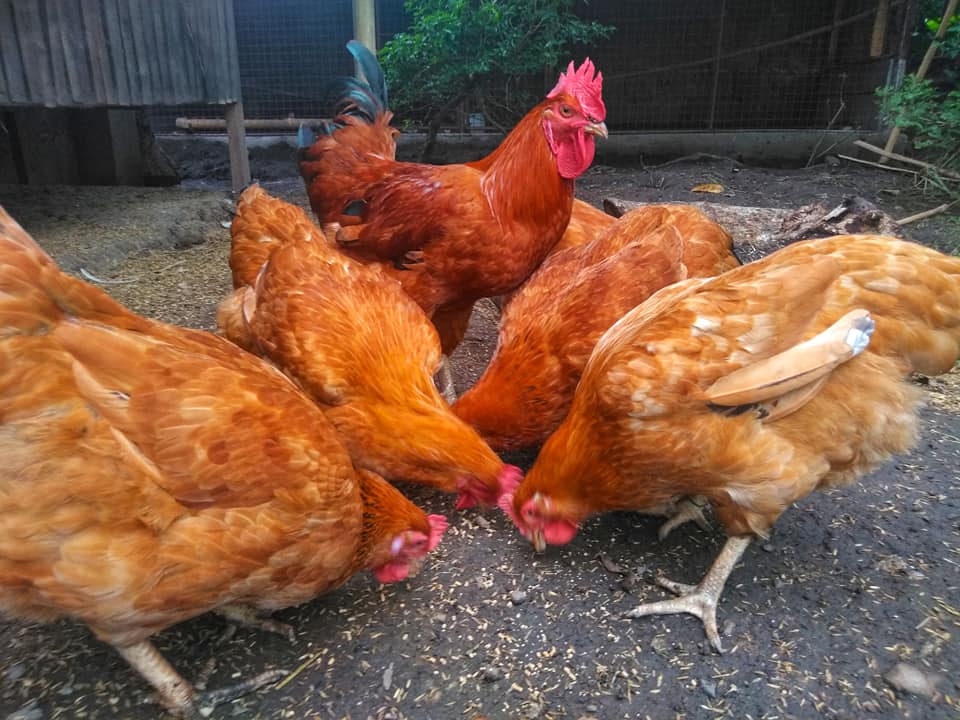 It does not make any sense to argue that Kabir is not a breed but a company. Kabir is both a company, a breed (hybrid), and a brand. All heritage chickens like Rhode Island Red, Black Australorp, and Orpingtons are crosses of other breeds but no one is arguing about these breeds because people are used to them.

Another ridiculous argument is that Kabir is an Arabic name for big. Yes, big is “kabir” in Arabic but it has nothing to do with Kabir chickens which are developed by an Israeli company.

What Should You Call Your Kabir Chicken?

If you are raising Kabir chickens or planning to raise them, there are no other names for it than Kabir itself. If other people tell you that Kabir is not a breed then ask them in return what its breed is – maybe they have a better answer.

Kabir breeds are strong and healthy in that they can be bred and reared without antibiotics, resulting in higher profits and lower costs. Kabir chickens are similar to native chickens. It is superior for meat conversion because of its rapid growth, good body conformation, and efficient feed conversion. The chicken is resistant to disease and heat stress. It has a “native” taste and texture. When crossbreeding with native chickens, the Kabir eggs are low in cholesterol.

The physical appearance of Kabir can be mistaken with a native chicken except that they are bigger in stature. In terms of their movements, a full-grown Kabir is similar to that an ostrich. Because of their weight, these chickens cannot fly high. Growths of loose, short, and fine feathers are very observable in the lower portion of their thighs.

They can be raised in the same manner as “native chickens,” and their eggs are low in cholesterol. The reproductive characteristics of Kabir Chicken, one male Kabir is capable of breeding 15 to 20 female Kabir, Normally begins laying after 26 weeks or 6 ½ months and Kabir layer can lay 200 eggs/cycle.

How big is Kabir chicken?

It’s size. It is a fact that these chickens can weigh a whooping 5-6 kilos when fully grown/matured, which is said to be around 5 months.

What is the difference between Kabir and Sasso chicken?

Some of this information is true, but very misleading. The truth is, SASSO, Kabir and Hubbard are just company names rather than breeds of chickens. SASSO is actually an acronym that stands for Selection Avicole Sud et Sud Oest or poultry selection south and southwest.

What chicken breed is Kabir?

Kabir is a dynamic breed of chicken whose ancestral basis can be traced to Israel. The breed is superior for meat conversion because of its rapid growth, good body conformation, and efficient feed conversion. The study revealed that the optimum temperature depends on the age of the chicks.

How do you feed Kabir chicken?

Again, we feed corn grits to our baby Kabir chicks and 45-day-old chicks because we love them. The ideal ratio is 25% corn grits and 75% chick booster for every meal (or for every serving of feeds.)

How many months does Kabir chicken lay eggs?

The reproductive characteristics of Kabir Chicken, one male Kabir is capable of breeding 15 to 20 female Kabir, Normally begins laying after 26 weeks or 6 ½ months and Kabir layer can lay 200 eggs/cycle.