Turkey farming in the Philippines is becoming common and is really profitable regardless of the size of the farm. if you are looking for information about growing and farming turkey in the Philippines, you are in the right place.

Raising turkeys may be the right decision if you are looking to have extra income or ensure a good feast for a special day (some countries tend to consume it a lot in December); however, in the last decade, it has been incorporated as a fundamental food in daily diets. Their meat tends to have lower levels of cholesterol compared to red meat and very low levels of sodium.

If you are looking for a guide and manual on how to grow turkeys in the Philippines, continue reading.

Raising turkeys at home is quite different from other farm animals such as chickens, since despite being larger they also have their benefits, serving as disease and pest control. It is well known that turkeys love to eat insects, ticks, flies, and even mosquitoes, and to top it off they usually make less noise than a cat and make less mess than chickens. 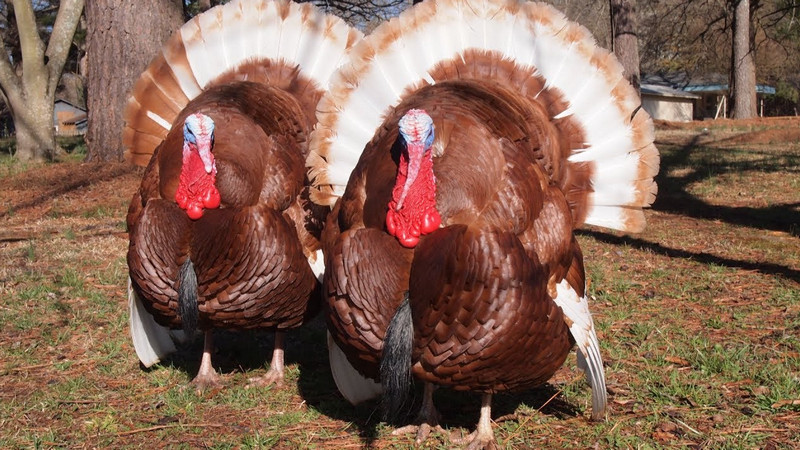 Turkey Farming In the Philippines

Domestic turkeys possess wings but do not have the ability to fly higher than 10 meters vertically. They grow to around one meter tall and depending on their diet and genetic disposition, they can weigh between 4 and 20 kilograms.

At birth they are constantly cared for by the mother who watches over them and keeps them safe, they also watch that they eat by themselves, and their primary diet ranges from worms, wheat, cereals, snails, larvae, seeds, and various fruits among others.

It is important that we have a space at home with feeders and electric lamps or some type of incubator, to create a heating area since turkeys in the first weeks cannot regulate their temperature by themselves.

How to raise newborn turkeys

It is recommended to avoid having the chicks outdoors, the idea is to build a wooden corral of at least 2.5 meters high so that as they grow they do not hurt their wings or their tails which are usually very large, and also install heat lights infrared (essential during the first weeks of growth to provide warmth) and do not overcrowd the pen to avoid stress and illness (at most 20 chicks per square meter is recommended).

During the first week, the newborn turkeys should be under temperatures of 35 ° C and it will be reduced by 2 ° for each week that passes. Of course, the base temperature will vary depending on where you are or where you are.

Knowing if your baby turkeys are suffering from cold will be very easy, you just have to be attentive to what they do, for example, if they are all conglomerated in one place very close together it is because they are looking for a way to warm each other, in that case, you should act immediately and raise the temperature of your pen with infrared heat lights. On the contrary, if they are very far from each other, it means that they are feeling the heat.

Another crucial factor in raising newborn turkeys is their diet. The food that is provided and the correct way to do it is what will tell whether the turkey will reach adulthood healthy or not. For this we have compiled a series of factors that must be taken into account:

It is highly recommended to use hanging dishes, to prevent mice or other vermin from easily reaching them and contaminating them with excrement or diseases that affect the turkey when feeding.

The water should also be in a high place if possible, 4 gallon containers are recommended (clean water should never be lacking).

They should have a diet rich in protein, consuming foods with protein compositions of between 25 to 30%, especially during the first three months of growth, and gradually reducing the% as they grow (excess protein during adulthood can cause diseases and deformations).

After 3 months, the turkeys can begin to consume regular food that they can get in the market, however, their diet must still be taken care of and the proportions between crumbs and regular food must be established. Below we will show a meal plan for weeks, with their respective proportions:

Feeding in the rearing of turkeys for fattening

How to raise Double Breasted turkeys

The double breast turkey has certain differences with the wild or more common turkeys, this is because they grow much faster, are much more resistant to diseases, and have high production yields such as:

33% of their total weight is part of their breast (hence the name) they can have proportions of 4kg of the breast in a 12kg turkey.

These turkeys are normally produced by slaughterhouses and butchers and their rearing is not much different from that of the more common turkey, however, they require larger proportions of protein (25 to 28% protein).

Fattening turkeys have a somewhat different diet from that of native or domestic turkeys for family consumption or farm control. This is because commercial foods designed to provide vitamins and minerals to turkeys generally deteriorate the quality and flavor of the meat, so we try to make homemade preparations to feed the turkeys for fattening in the most natural way possible.

Larger and higher quality fattening turkeys are fed without commercial feed and this is only possible on a domestic or small scale as in intensive rearing this is not very profitable.

Turkey feeding by age and ingredients

This would be the number of grams per ingredient to make our own homemade turkey mix. Note that this is simply an average and should only be used as a reference based on the quality of the inputs and the breeder’s own experience.

The ideal minimum conditions take into consideration some aspects of the area where the turkeys will be raised and the microclimate of the flirt to avoid disease.

Feedlots should have nooks or some obstacle that prevents turkeys from crowding into corners as they can be squashed to death. Then you have to consider the quantities since as the turkeys grow they require a lot of space so the barn or hatchery has to have at least 1m square for each adult turkey (this is what they need at 17+).

It is necessary to add vents to the house such as windows that can be covered with wire mesh to ventilate the area, prevent the accumulation of toxic gases and prevent favorable conditions for the formation of bacteria. But take care not to ventilate too much so that clouds of dust enter.

Turkey growing and farming in the Philippines

Turkey farming is one of the most profitable farming businesses in the Philippines because there is a small supply but high demand, especially for Westerners. Many Filipinos are now buying turkeys more than before, especially during occasions where large food is needed like weddings, birthday celebrations, and even fiestas. If you have farmland, turkey farming is the way to go!

Questions related to turkey farming in the Philippines

Do they raise turkeys in the Philippines?

Yes and together with chickens, these two birds provided the basis for turkey farms across the Philippines, which, unlike chicken and duck farms, are still largely a niche market – a shame, since turkeys not only grow larger than chickens but are actually easier to raise and their meat is more expensive.

At Thanksgiving in 2021, farmers only made 6 cents per pound of turkey sold, though the 2021 average wholesale price for whole frozen turkey was $1.23 per pound. How much money do turkey farmers make a year? The average salary for a turkey farmer is $31,659 per year.

Is poultry profitable in the Philippines?

Poultry farming in the Philippines is a lucrative business, with a market demand for poultry meat and eggs.

What is the future of poultry in the Philippines?

Income and population growth will continue to be the growth drivers. The aggregate chicken demand is projected to increase from about 1.4 million MT in 2017 to 1.6 million MT in 2020 to about 1.8 million MT by 2023.

In comparison to broiler chickens, turkeys are extremely difficult to start, the brooding period is a much more stressful time for both poult and grower, and turkeys remain on the farm for a much longer period increases the likelihood that something may go wrong before the flock sells.

How much land do you need for a turkey farm?

How long does it take to raise turkey?

Modern production methods have shortened the time it takes for turkeys to reach maturity. A hen usually takes 14 weeks and weighs 15.5 pounds when processed, but a tom takes roughly 18 weeks to reach a market weight of 38 pounds.

How much capital is needed for a poultry farm in the Philippines?

A basic poultry farm would require you at least P100,000 to cover all the housing for the chickens, the broiling equipment, chicken feed, and operating expense. This should also include the medication and booster feed for the chicken that would make it raised for meat production.