The Sweater gamefowl is synonymous with the king of the gamefowls and is an absolute winner. We cannot talk about cockfighting without mentioning the Sweater.

Developed by Carol Nesmith, Sweater has consistently won the majority of derby fights in hard competition over the years in the bloodiest cockpits in the Philippines and Mexico. Sweater became the winningest bloodline of fighting cock not only in the Philippines but also in South America, particularly in Mexico.

Although Carol is not the original breeder of the famous bloodline, he is instrumental in its popularity and the one who refined its bloodline so he deserves all credit for the Sweater development. The person who sold him the original stock even told him that the bred could no longer compete. Carol’s partnership with one of the Philippines’ best, Rafael “Nene” Abello, paid off and the bloodline became not only famous but the leader in cockfighting. 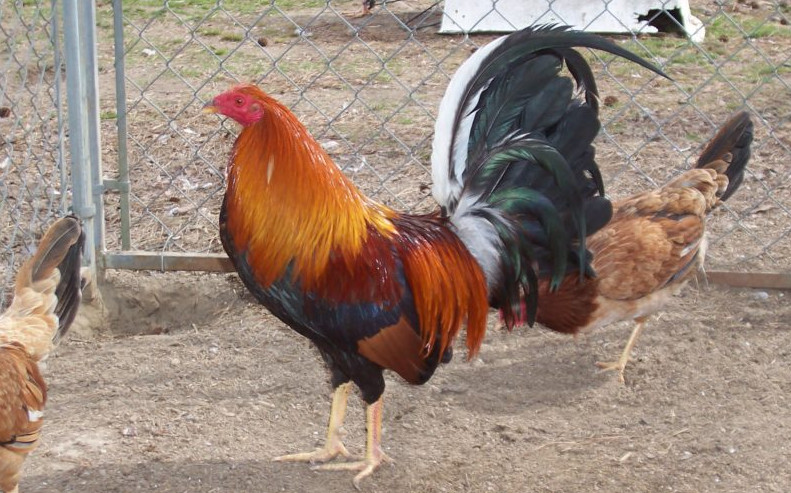 The Sweater is truly a winning bloodline that pounds its opponent into either submission or retreat. They are known for their fast and relentless attacks in both air and ground until their opponent could no longer fight back.

Early bloodlines of Sweaters are known for the lack of endurance but continued development by infusions of other bloodlines made the current Sweaters complete fighting machines, becoming one of the most feared bloodlines inside the cockpit today.

Sweaters are fast and high flyers that could attack the opponent in multiple ways. On the ground, they are more dangerous.

The best-known Sweater bloodline is the Possum Sweater 226 developed by Nene Abello in Bacolod City and is known to win multiple World Slasher championships.

Some questions related to the Sweater gamefowl breed

What is a Sweater gamefowl?

The sweater is that winning breed that brawls its opponents into submission. They have excellent gameness and power that their relentless attacks simply overwhelm their opponent. Sweaters used to lack endurance, but infusions into their bloodline made them the most feared opponents they are today.

Origin Of The Sweaters. Back in the 1960s, these chickens were fought by Sweater McGuiness. They did so well that notable game breeders of the time, namely Harold Brown, Duke Hulsey, and Ray Hoskins acquired this breed to use as brood fowl.

What is a Possum Sweater?

This Sweater strain is an old line of Carol NeSmith blood originating from the Possum family. According to Charlie Bailey, he obtained “seeds” of this strain in the early ’90s while he was breeding for Carol.