The Romagnola is a traditional dual-purpose chicken breed from the Emilia-Romagna region of Italy. In the past this breed was spread throughout Italy, however, it was close to extinction at the end of the 20th century. In early 2012, the population was recovering and the breed is awaiting official recognition from the Federation of Italian Poultry Associations.

The Romagnola is a native breed that was once highly appreciated throughout Italy, this rustic and hardy bird has a certain tendency to fly, so it is recommended to breed in the open field with high fences and ample space to forage and find your own food, different specimens prefer to sleep in the branches of trees, even under the snow defying the rigors of winter, in order to escape from their predators.

It is a small animal: the male reaches 2.5 kilograms and the female 2 kilograms in about 8 months, definitely too long for modern intensive breeding and this is probably the main reason that led to the brink of extinction. 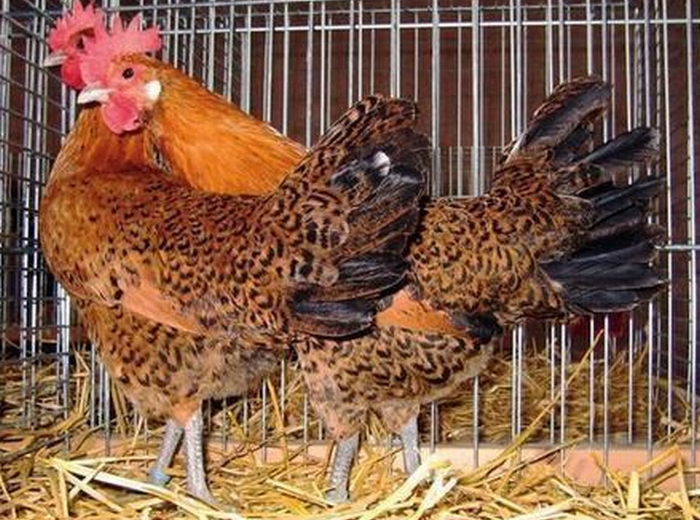 It is highly appreciated for its meat which is firm and tasty, however, its eggs are smaller than normal and are characterized by having a white shell and a fairly large yolk.

The Romagnola is a very hardy and rustic poultry, to the point that it was once kept on farms because it had the ability to roam and get food on its own, without causing concern for its development to the Romagna peasants.

The first documents that speak of the Romagnolo chicken date back to the end of the 19th century. In 1930, this breed was present at a poultry show in London, after which no further historical documentation of the breed was found until, a few years ago, the Marquis of Sant’Alberto di Ravenna made available nearly fifty specimens for study and restoration at the University of Parma. The University has recovered a nucleus in purity, which today has become part of the Agrobiodiversity project in the province of Forlì and Cesena.

Subsequently, the Romagnola declined and was on the verge of extinction until the provincial administration of the Province of Parma together with the Faculty of Veterinary Medicine of the University of Parma began a joint recovery program.

A group of breeders, the Romagnola Indigenous Breeds and Varieties Association was formed in 2007 and started a pilot production program.

At present, the breed numbers are still low. A study published in 2007 revealed the figure of approximately 100 for the total breeding stock, of which approximately 30 were roosters.