The “Robusta Lionata” is a breed of broiler chickens developed in 1965 at the Rovigo Pollicoltura Experimental Station. During the selection process, the Orpington and white Ameraucana breeds were used. It is not a breed recognized by the Italian Federation of Poultry Associations, therefore it lacks the standards of this body and is not counted among the standardized breeds.

The breed closely resembles Buff Orpington, except that it has yellow skin and legs, which are traditionally preferred by Italian chicken meat-eaters. 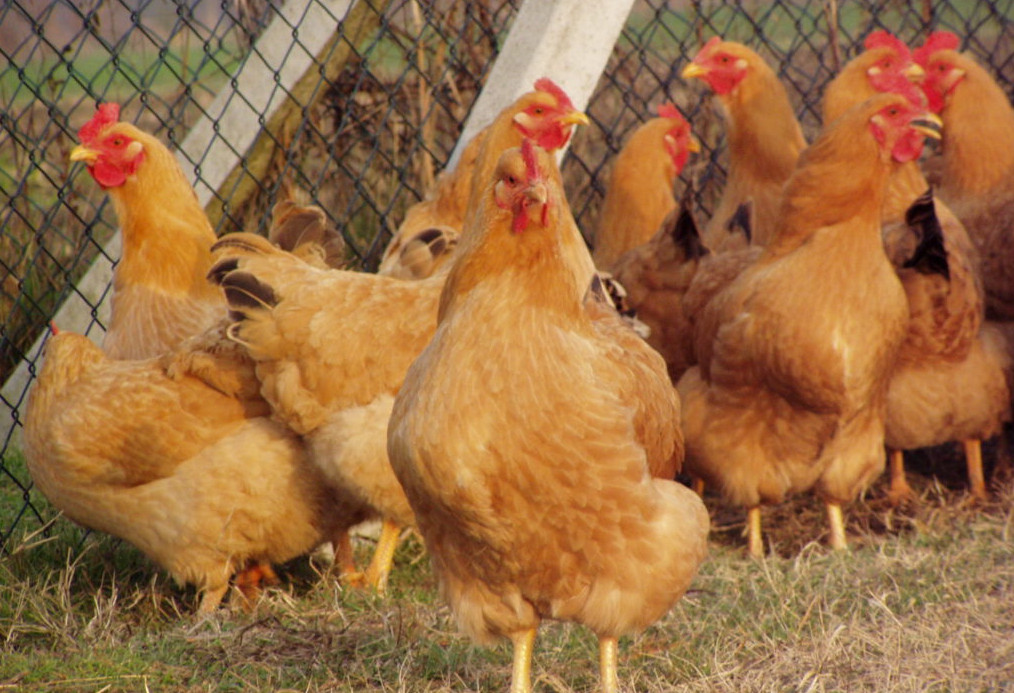 According to old Italian standards, Robusta Lionata only appears in the warm buff variety. The tail and wingtips are black with a slightly dark green sheen.

Robusta Lionata hens are good producers of pinkish-brown eggs (about 160 to 170 eggs per year weighing 55 g each).

Hens have also maintained a certain incubation instinct, and they turn out to be excellent breeders and mothers. Sometimes due to the weight, they can crush some eggs. They are docile and quite manageable animals.

The roosters can also be crossed with Plymouth Rock hens to produce self-sexed first-generation hybrid chickens.

Veneto has always been a region with a strong vocation for poultry farming. The native races selected by the peasant populations have been numerous and very varied in terms of shape, size, and selective patterns. But there have also been efforts to train, perhaps artificially, new breeds of poultry from foreign breeds.

These selection works were implemented by the Pollicoltura di Rovigo station around 1965 and resulted in the formation of three new breeds: the Robusta Lionata, the Robusta Maculata, and the Ermellinata di Rovigo.

Robusta Lionata is a modern dual-purpose breed of chicken developed in Italy between 1959 and 1965. It was developed by crossing Buff Orpingtons with the commercial variety known in Italy as White Ameraucana.

A standard for Robusta Lionata was published by the now-defunct Italian National Association of avian breeders in the late 20th century and is published as a historical note on the website of the Federation of Italian Poultry Associations, the governing authority. poultry farming in Italy. In early 2012, the breed was not officially recognized by the FIAV.

Along with Pépoi, Ermellinata di Rovigo, Robusta Maculata, and Padovana, Robusta Lionata is one of the five chicken breeds included in the Poultry Project promoted by the regional administration for the agriculture of Veneto. The project includes among its objectives the conservation of local avian species of limited distribution and the conservation of genetic resources and biodiversity.

Breed numbers remain low. A study published in 2007 revealed a figure of approximately 700 for the total breeding stock, of which approximately 200 were roosters.