This year alone, we had 5 chickens die due to what is suspected as Marek’s Disease and in this article, we are going to discuss this devastating experience. After a tremendous amount of research and consulting with two veterinarians, we concluded that there is Marek’s Disease inside our chicken coop and what we have done so far. 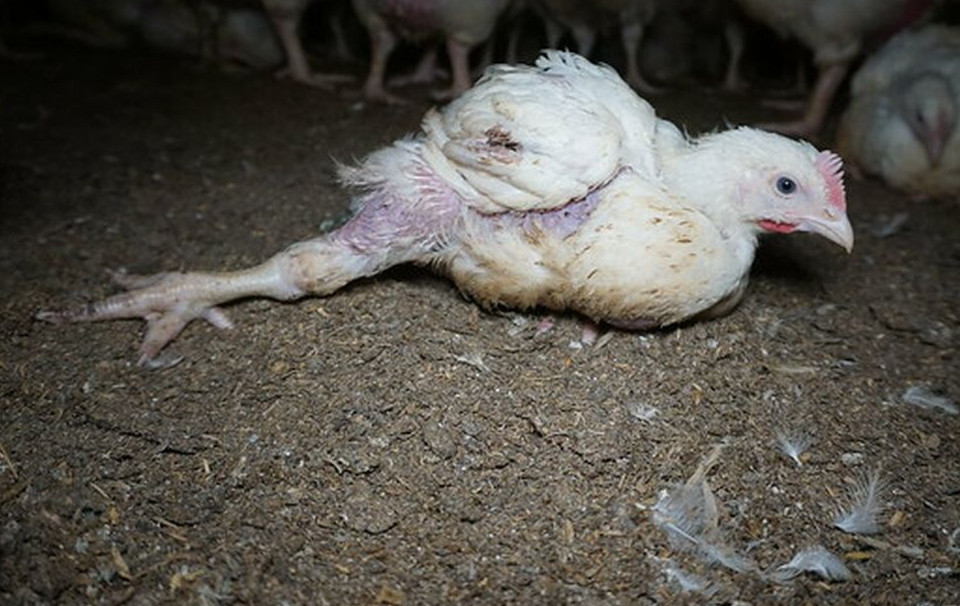 Paralysis in chickens: How it all started

In more than 8 years of raising chickens both native and occasional broiler, we never lost a single chicken through paralysis. Yes, other diseases like coryza, sipon, halak, digestive infections, and others sometimes cause fatalities but not as close as this Marek’s Disease.

Last February 16, 2020, we bought 25 chicks of mixed breeds from a known breeder. After a couple of months, two of the chickens were losing weight and eventually dies before reaching 3rd month. We did not bother to investigate because for us it’s normal but when a 5-month-old Black Australorp started to lose appetite, we took notice.

The chicken was losing weight and eventually became immobilized. It couldn’t stand for 2 days before it died.

The next batch of our own chicks experienced the same. Two were killed before entering 3 months and the latest is just last week – a hen laying eggs.

This continued ordeal is extremely frustrating because we can’t do anything about it as the veterinarians said there is no cure and treatment for Marek’s Disease except for early vaccination. Knowing that all of our chickens have no Marek’s Disease vaccination, we are bracing for teh worst.

What we have done so far

Most of the chickens that were dead came from the same chicken house so we immediately clear the house and disinfected both inside and outside. The coop has been empty for two weeks now and we will not put anything inside until our next hatch will be vaccinated on November 13th.

What is Marek’s Disease

Marek’s disease is a virus that causes tumors to grow in one or more areas. There are four different strains of Marek’s disease – two strains affect chickens, one doesn’t cause illness, and the last only affects turkeys.

The strains that affect chickens can have the following effects:

It can also cause tumors in major organs such as the heart, lungs, and muscles, and tumors in the follicles of the feathers.

The other strain of Marek’s that affects chickens can cause blindness in their eyes. This will manifest by turning the chicken’s eyes grey and causing its pupils to become an irregular shape.

Chickens that have Marek’s disease are also more susceptible to other illnesses. This is because Marek’s damages a chicken’s immune system – therefore your chickens are more at risk of infections, diarrhea, and other problems.

Paralysis in chickens: How is Marek’s disease transmitted?

Marek’s is transmitted by infected ‘poultry dust’ and ‘dander’ being inhaled by the chicken. Poultry dust is a mixture of a few different bits and pieces, such as bird feed, bedding, droppings, and old feathers. Dander is a term referring to the dead skin of a chicken.

The problem with dust and dander is that they can float long distances in the air, to be breathed in by a chicken at a new location.

Paralysis in chickens: What are the symptoms?

There are a number of different symptoms that indicate the presence of Marek’s disease in the coop. Most are very noticeable, and shouldn’t go easily undetected by a chicken keeper who checks their flock regularly. These include:

Paralysis in the legs, wings, and neck

What should I do if I see these symptoms in my flock?

If you notice any of these things in your flock, isolate the bird immediately, and contact your local vet for advice. It may or may not be Marek’s (more on similar diseases later) – but if it is, early detection is very important, as Marek’s is quite contagious.

How do I treat it?

Unfortunately, there is no cure or treatment for chickens that have Marek’s disease.

Some chickens that come into contact with Marek’s disease won’t show any symptoms. In addition, some may show mild symptoms that never progress. Caution should still be taken around these birds, as they are probably now carriers of the disease.

Can I do anything to prevent it?

A vaccination against Marek’s disease is highly effective at keeping this illness at bay – this needs to be done when the chicken is one day old. Because Marek’s is so easily and quickly transmitted, there’s virtually no other way to prevent it other than being vaccinated.

So if you’re buying some chickens or baby chicks, ask them if they’ve been vaccinated against Marek’s disease – that’s really the only protection they’ll have if they come into contact with it.

It is worth noting that Marek’s vaccination does not 100% protect them from contracting the virus, rather it gives the chickens a boost of resistance against it, reduces the occurrence of the symptoms developing, and reduces the amount of virus that is shed in the chicken’s dander.

What about other diseases?

There is a long list of chicken and avian diseases and most of this can only be mitigated by proper vaccination. If you are not doing the vaccination yet, this guide here will be able to help you avoid serious problems that can be financially devastating.