The Jaerhons chicken is the only indigenous breed of chicken in Norway. It is named after the traditional district of Jæren in Rogaland County. The breed was rescued from extinction in the early 20th century. Fortunately, there were some amateur breeders of the breed in Jæren who took responsibility for preserving this bird and preventing its demise.

The Norwegian Jaerhons chicken is a medium-sized breed of chicken. The rooster weighs about 2 kg and the chicken weighs 1.75 kg. It is a very graceful and slender bird with a single comb and reasonably large red chins. They also have white earlobes and their legs are bright yellow. 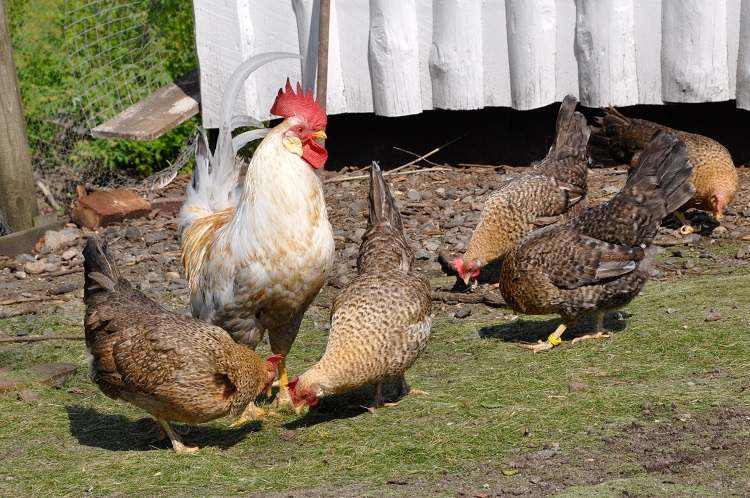 There are also some varieties of gray Jaerhons chicken, but this color is not approved and therefore cannot attend exhibitions for review.

The Jaerhons chicken is an active race that does not stop moving from one place to another in search of their food. They are often nervous about people, so it is quite a challenge to catch them. During the summer months, they are willing to fend for themselves and will find their own food. However, they are greatly improved if supplemented with whole grains, for example, oats, and wheat, possibly oats and barley. During the winter months, they should be fed vitamin and mineral supplements.

Like other light chicken breeds, the breed is an excellent flier. The Jaerhons chicken can easily jump more than two meters above the ground. A frightened hen can take 10 to 20 meters of horizontal flight. In other words, it is an expensive breed to fence in, compared to other breeds of chickens.

Jaerhons chicken hens are excellent producers of white eggs (215 eggs per year weighing 55g or more each). They rarely hatch, but when they do, they make excellent mothers. In general, the Jærhøns is a very active bird, which is fast-growing and prefers free-range breeding. A bantam version is also available for this breed.

Jærhøns was Norway’s main chicken breed until imports of high-yielding breeds began in the 19th century. The breed was selectively bred at the state-controlled breeding station at Bryne in Jæren from its establishment in 1916 until it was closed in 1973. The breed was then transferred to the state agricultural college in Hvam, Nes.

Jærhøns was listed as a ‘national breed worthy of conservation’ by the Norwegian Institute of Forests and Landscapes in its 2008-2010 action plan for the conservation and sustainable use of animal genetic resources in Norway.