Mugellese chicken, also known as Mugginese, is a rustic dual-purpose chicken breed from Tuscany, in central Italy. It gets its name from Mugello, an area northeast of Florence. They were common until the 1950s but became rare in the second half of the 20th century. Now they are in a phase of recovery, selection, and improvement.

The breed is not currently recognized in Italy but has been under review by the Technical Committee of the Italian Federation of Poultry Associations in the hope of preserving the breed and developing a breed standard.

The Mugellese chicken is a small breed of chicken (a true bantam. It has a simple 4 to 6-point crest. The earlobes can be red or white, the latter preferred by breeders. The average weight of the Roosters is 0.8 kg (1.8 lb), while hens can weigh 0.7 kg (1.5 lb) Eggs are small and ivory-white. 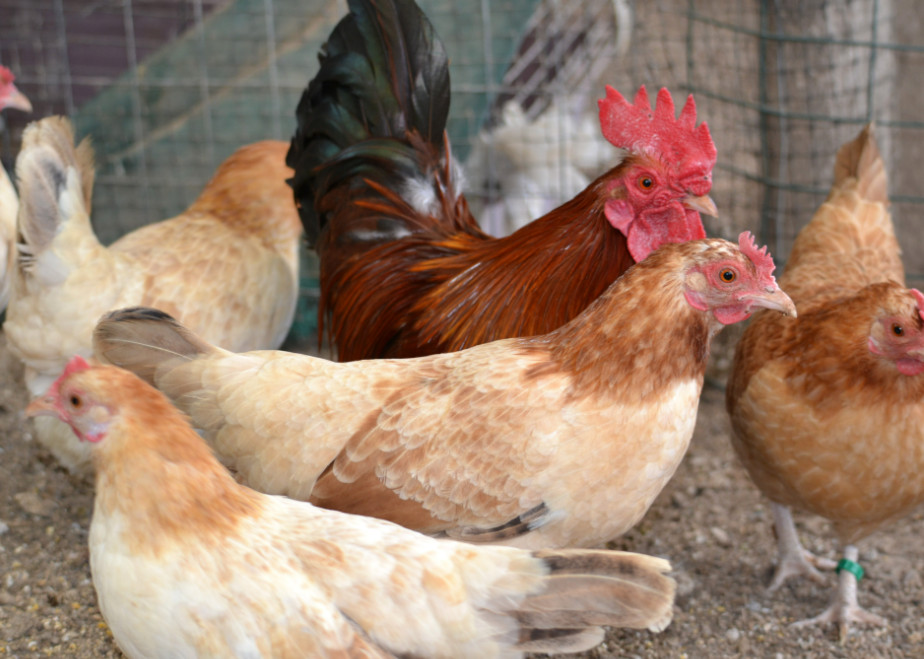 The most common colors are dark gold (partridge) and gold neck. The fur is white and the legs are pale or flesh-colored.

The Mugellese are an active and lively breed. Although they are small, roosters are very aggressive towards other roosters. Chickens are good mothers and can sit to hatch most of the year. The birds are robust and resistant to heat and cold and can be kept in the open all year round. If allowed, they perch in the trees. Their egg production is moderate (less than 100 eggs per year)

This poultry breed was widespread until the middle of the 20th century in some Tuscan localities, particularly in Mugello (Florence), an area from which it also inherited the name.

The Mugellese is a traditional Tuscan chicken breed of uncertain origin. It was once kept extensively in the Tuscan countryside and in the gardens or on the balconies of townhouses, perhaps as a pet.

It was traditional for grandparents to give a pair of Mugelleses to a child who had reached an age to care for them. Once very common, they became rare in the second half of the 20th century; now it is in a phase of recovery, selection, and improvement.

In early 2012, the Mugellese was not officially recognized by the Italian Federation of Poultry Associations but was under consideration. An exposure draft had been prepared but had not yet been approved.

The little Mugellese, who once inhabited the Tuscan farms and was known to everyone, became a relic breed, survived by chance and rudeness in some isolated areas and in houses of fans of the breed, where tradition and love for this cute animal made him resist changing them.