McLean Hatch is one of the most popular gamecock not because of its winning record but because of its “do or die, no retreat-no surrender” behaviors. In short, of all of the gamefowl breeds and roosters, Mclean Hatches have the bigger balls and are willing to die than run away.

The Hatch blood came from Sanford Hatch who blended, as the story goes, a Kearney Whitehackle with a Kearney Brown Red, mixing in other blood like the Herman Duryea Boston Roundheads, and Jim Thompson Mahoganies, among others, to come up with his signature Hatch fowl.

From the Sandy Hatch stocks came Ted McLean’s version of Hatch that came both yellow and green-legged. Supposedly, these were the better Hatches that gave rise to the other variants of the McLean like Gilmore Hatch, Blueface Hatch, Jack Walton Hatch, Kentucky Hatch, Oakgrove Hatch, etc.

The McLean Hatch is one of the legendary gamefowl breeds that has stood the test of time among broodstock breeders, and its offshoot, the Blueface Hatch has gained its own following among gamefowl aficionados looking for a good fighter. Ted McLean retired from the gamefowl competition in December of 1954. 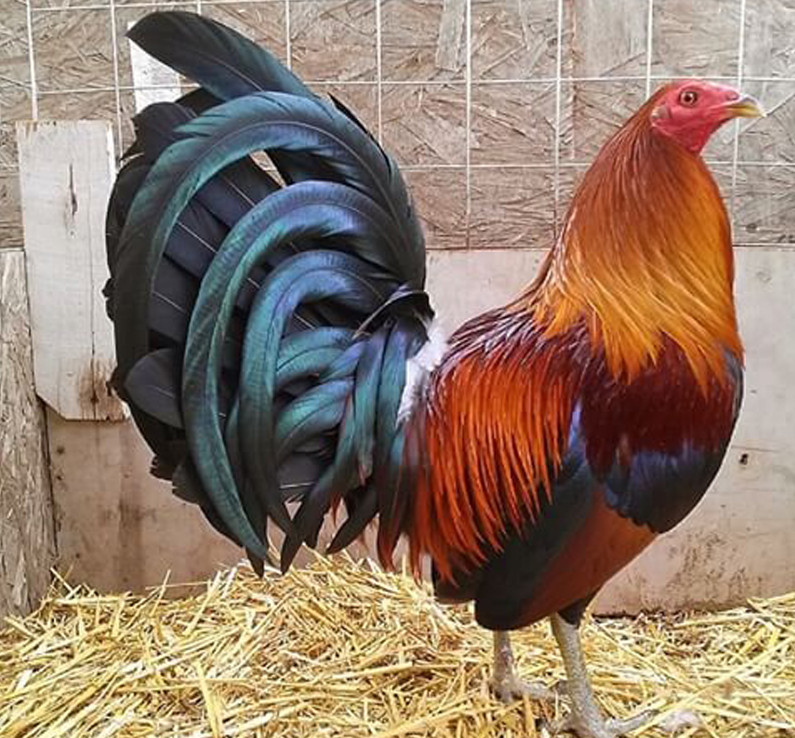 In the early thirties, Mr. E.S. Hatch and Mr. E.T. McLean were on the floor of the stock exchange as colleagues and were sharing some gamefowl for crossing to find that perfect fighter. At the time, the Hatch stock consisted of four basic bloodlines. These were the Kearney makeup of the two strains Mike Kearney brought from Ireland, namely

With these 3 bloodlines, Mr. Hatch crossed into a fourth, the green-leg Thompson (Jim Thompson) fowl. The created progeny of the Mclean Hatch, Ted himself considered as ‘straight stuff’ gamefowl or cocks with gameness, toughness, and power—the mark of the Hatch bloodline.

While the first McLean Hatches did not win all the time, they were admired by many for their aggressive, no-holds-barred attitude and suicide attack mode.

The previous bloodlines of McLean Hatches did not win all the time, they were admired by many for their aggressive, no-holds-barred attitude and suicide attack mode.

McLean Hatch were rather poor cutters, low-headed dumb fighters, that usually fly into two or three hits before throwing one of their patented haymakers at their opponents. They either won spectacularly or lost as incredibly as well.

When modern gamefowl became faster, a pure Mclean Hatch became less of a threat, and they are now considered at a disadvantage if fought pure. Their value today is as base stock or to produce battle cocks infused with the ‘straight stuff’ Hatch traits: gameness, power hitting, and toughness.

Modern Hatches are more high flying and are faster, many coming more brainy than usual. Their usual characteristics like power and gameness, though, are still there, their blows often packing a wallop. They are basically medium-stationed and pea-combed with some coming straight-combed.