If cockfighting has leading brands, the Kelso gamefowl would be one of them alongside Sweater, Lemon, Hatch, and Roundhead. Kelso is one of the best fighting cock varieties different breeders develop their own bloodlines, but the original qualities of the Kelso line of fighting cocks are always there. In this article, we will take a look at the history of Kelso, how it is developed and evolved until today, its characteristics, and most importantly its fighting style.

Kelso fowl are a variety of American Gamefowl developed by American breeder Walter A. Kelso, owner of Oleander Gamefarm. The success of Kelso’s bloodline of gamecocks made him one of the most popular and iconic names in cockfighting history. 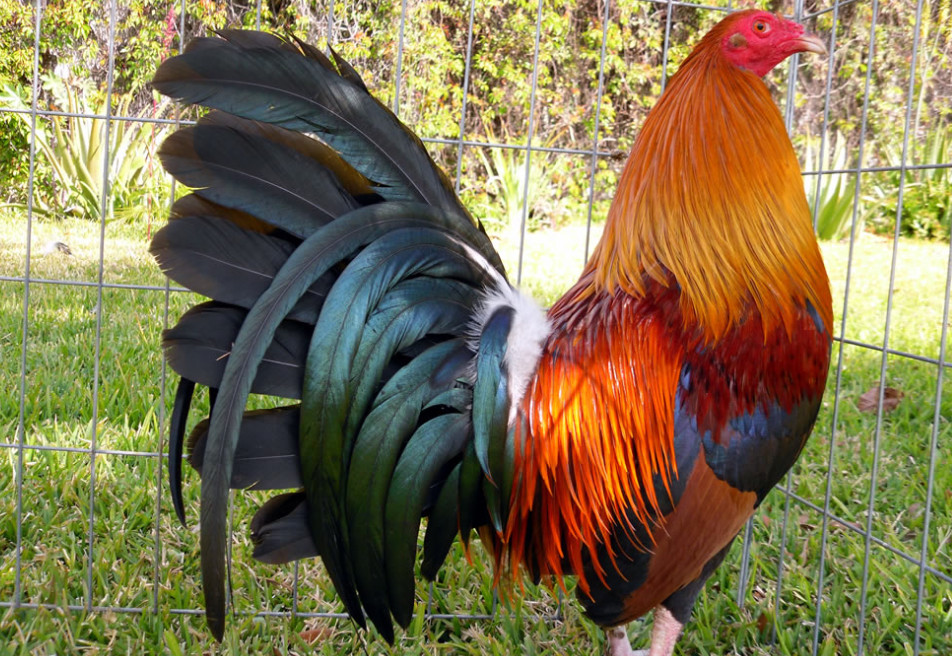 Who is Walter Kelso and how he developed the Kelso gamefowl?

Long before the Kelso gamefowl become successful, Walter Kelso had already run a game farm called Oleander in Galveston, Texas. When John Madigin dies in 1942, Walter and another breeder Bill Japhet inherited all of his breeders. Madigin was known for his Clarets, Madigin Grays, and Texas Ranger.

Shortly after inheriting the purebred materials from Madigin, Walter Kelso started crossing and infusing new blood to Madigin hens using roosters he obtained from other breeders. He continued doing trial and error until he perfected the crosses. There were many failures as other crosses produced low-quality offspring but it did not take him long to get the result he wanted.

After years of long breeding, Kelso had a breakthrough in 1951 when he and his Oleandar team won the derby at Hot Springs, Arkansas, with a ten and two score. One of the Out-and-Out cocks won a quick battle and then was repeated to also win the deciding fight. In his second win, the cock broke the tip of his wing. This cock became a brood cock and its offspring won more derby championships in Oaklawn derby 10 to 2.

Oleander game farm continue winning until 1957 when they won 4 straight and lost 4 straight in a row, and then won 4 straight again. Kelso then sold all of his gamefowls except for the one that one with the broken wing. It was rumored that the particular bird went to a major cocker who paid the bird $500 – a big amount at that time.

How the Kelso bloodline reached the Philippines

It is obvious that Walter Kelso himself was not the one who brought the gamefowl to the Philippines since he was busy during those times and ended his cockfighting career during the late 50s’.  Major American exporters of gamefowl at that time includes Bobby Joe Manziel Sr, Johnnie Jumper, and other Filipinos who visited the US and brought Kelso fighting cocks back to the Philippines.

Kelso is on top of the list of smartest battlecocks. Known as a ground pugilist, Kelso doesn’t jump and meet opponents in the air but possesses all advantages on the ground. They always sidestep before attacking their opponent – a move that could only be found on most Kelso.

Other specific bloodlines like Johnnie Jumper and Out & out Kelsos are known for employing a variety of elusive maneuvers on the ground.

Some critics say that pure breed Kelson lacks the ability to compete in today’s modern games but since breeders continue to develop Kelso having new bloodlines, the crosses are becoming more lethal but the original characteristics and fighting style of the pure breed Kelsos are still there.

The best Kelso bloodline in the Philippines

Firebird Gamefarm of Biboy Enriquez is known to produce the best Kelso bloodline in the Philippines according to pundits and critics. Enriquez himself has been tagged “The Kelso man of the Philippines”. There are other Kelso breeders who continue to develop their own bloodline by crossing Kelso to Hatch, Sweater, Roundhead, and Lemon, and that sometimes produces good results. Other breeders are also experimenting to produce White Kelso which is becoming popular today.

Kelso gamefowls and breeders cost from P7,000 for single non-banded birds up to P55,000 for trio breeders. Firebird has a price list posted on its Facebook Page. You may find cheaper options in other breeders but always do due diligence on the quality of their birds.

What is a Kelso chicken?

What is out and out Kelso?

The Out & Out family came from a man by the name of Frank Steel. Out & Out Kelso range widely in color from lemon to dark red wine. They come with white-legged, pea comb, and straight comb.

What color legs does Kelso have?

They come predominantly white-legged with occasional yellow legs and black rings on the scales of the legs. They are lemon in color on the neck with saddle feathers and are medium to high station fowl.

The Out-and-Out Kelso family was so-called because they were marked in the outside web of both feet. The cocks are generally black-breasted reds (ranging from deep mahogany to light reds) with their white or yellow legs and pea or straight comb.

What is the fighting style of Kelso gamefowl?