The Ameraucana chicken is a popular American chicken breed that can seldom be found in the Philippines. Ameraucana is known for its beard and unique blue eggs.

It was developed in the United States in the 1970s and derives from Araucana chickens brought from Chile. It was bred to retain the blue-egg gene but eliminate the lethal alleles of the parent breed. There are both standard-sized and bantam versions. Ameraucana is one of the breeds that has been added recently to the Standard of Perfection of APA. It was added in 1984. The name derives from “America” and “Araucana”

Although they came from blue egg-laying chickens and are closely related to Araucana, they have notable differences. Araucana has ear tuffs while Ameraucana has muffs and beards. They are also docile and sweet. They are also different from Easter Eggers which lay both blue and green eggs.

Ameraucanas are raised mainly for eggs but they are not broody and an incubator is needed to meet a good hatching rate. They lay around 3 eggs per week which is average for many chicken layers. 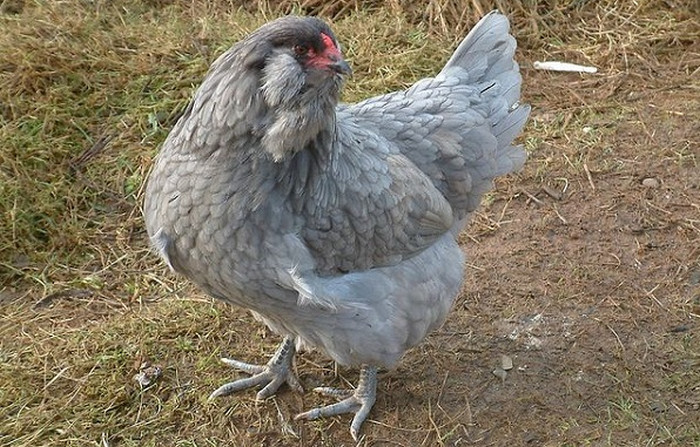 Ameraucana Chicken in the Philippines

Although Ameraucana is not as popular as Rhode Island Red (RIR), Barred Plymouth Rock (BPR), Black Australorp, and other heritage breeds like Orpingtons and Sussex, there are several people who breed Ameraucana. In one of his Facebook posts, former Cotabato Governor and Department of Agriculture Secretary Manny Piñol said that he is breeding Ameraucana on his farm. There are also some small backyard farmers who raise this breed but looking to buy is definitely a challenge.

Although they are raised primarily for their colorful eggs in the US, they are raised in the Philippines as pets, and business selling chicks can bring a good amount of money.

In the US, the cost of fertilized eggs depends on the hatchery but the average is $2 to $3. The chicks cost around $12 to $20. In the Philippines, Ameraucana day-old chicks can cost between P330 to P550 and because it is very hard to find, some breeders even sell them for a higher price. Hatching eggs are really hard to find locally.

Like many other American heritage breeds, Ameraucana needs extra care and free-ranging is highly recommended rather than confinement inside the cage. Ameraucanas are playful and need extra space where they can forage and flex their wings from time to time. Standard local commercial feeds and other organic foods like corn, vegetables, and fruits can be given as alternatives. Vaccination is also recommended as they may be susceptible to diseases brought by migrating wild birds.

Ameraucana chickens are reliable egg layers that can be depended on to lay well throughout much of the year. While they do not lay as many eggs as some breeds that have been bred solely for egg production, they do produce consistently.

Do all Ameraucanas lay blue eggs?

Are Easter Eggers and Ameraucanas the same?

What are Ameraucana chickens known for?

Ameraucanas are of medium size, about 6 to 7 lbs, and kept primarily for egg laying. Their egg-laying ability is considered fair, at 3 blue eggs a week. They aren’t especially broody though. The APA recognizes the blue, black, blue wheaten, brown red, silver, wheaten, and white varieties.

Are Ameraucana chickens good for beginners?

Bred for its wonderful blue eggs, the Ameraucana is perfect for a beginner backyard chicken keeper as well as the very experienced one, so let’s get right to it!

Ameraucanas are generally quiet birds when they are happy and safe. They are flighty birds, so keeping them in a safe place with ample space to roam would lessen their noise.

One of the most popular questions we get asked by visitors to our farm is about the color of our eggs: Do the different colors have a different taste? The short answer is no. While the eggs look different on the outside, their inside is all the same.

What is the lifespan of Ameraucana chickens?

The Ameraucana does not have any significant health issues, unlike its parent, the Araucana. They will live around 7-8 years on average. And due to their predator-savvy abilities, they tend to outlast other breeds in their flock.