If you’re hoping to raise chickens and have plenty of eggs, you need to focus on the best egg laying chicken breeds. People throughout the world consume a lot of chicken eggs daily so choosing the right chicken breeds to produce eggs is essential.

If you are a small family of 3 to 5, raising 10 to 15 hens can save you a lot of money on your daily protein requirements.

Although a dual-purpose meat and egg chicken breed are recommended for backyard raising, the following top 10 egg-laying chicken breeds can fill your needs. 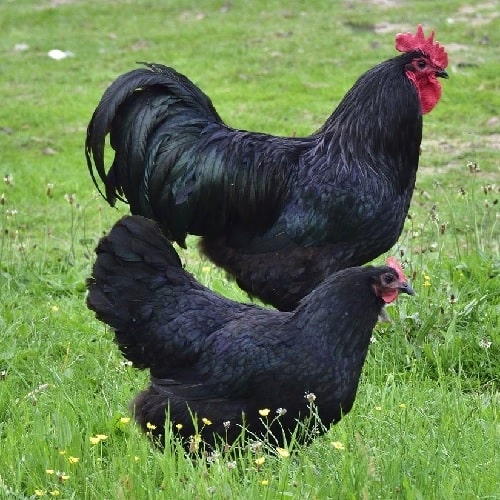 The record set by Black Australorp has never been broken and it seems impossible to break. It’s a chicken breed specializing in egg production and is considered a true champion because one hen from this breed laid 364 eggs in 365 days. The Australorp breed is found in three varieties of colors: blue, white, and black.

The egg-laying performance of Australorps attracted world attention when in 1922-23 a team of six hens set a world record by laying 1857 eggs for an average of 309.5 eggs per hen during a 365-consecutive day trial. These figures were achieved without the lighting regimens of the modern intensive shed. Such performances had importation orders flooding in from England, the United States of America, South Africa, Canada, and Mexico. Well-looked-after Australorps lay approximately 250 light-brown eggs per year. A new record was set when a hen laid 364 eggs in 365 days. They are also known to be good nest sitters and mothers, making them one of the most popular large, heritage utility breeds of chicken. 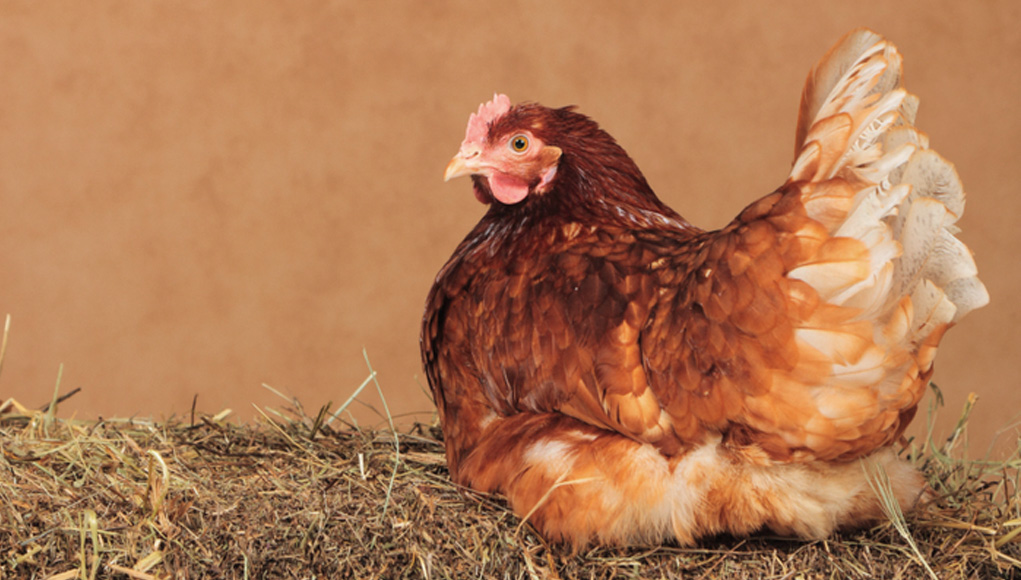 The Lohmann Brown is a variety of chicken, raised specifically for egg-laying productivity. It is of crossbreed origin, selectively bred from lines of Rhode Island breed and White Rock breeds. They start to lay at about 19 weeks, producing up to 320 eggs to an age of 72 weeks (one-year production). Eggs are laid nearly daily, normally during the morning time.

Most Lohmann Browns have a caramel/brown shade of feathers, with white feathers in a pattern around their necks, and white feathers at the tips of their tail feathers.

Dekalb (white/brown) is arguably the most popular commercial egg layer in the Philippines. While the Whites are caged, the Browns are usually raised for cage-free egg production. Hendrix Genetics Dekalb layers continue to be a dominant force in major layer markets. The average production per hen has now grown from 150 to over 300 eggs per year.

The Dekalb chickens are a hybrid of mostly leghorns and either New Hampshire or Rhode Island genetically developed by Hendrix Genetics, the mother company of Dekalb.

A heavy layer, the Speckled Sussex, can lay between 250 and 300 eggs each year. Plus, the female can be anywhere from seven to 3 kilograms. You might think that this bird needs a ton of space since it can get so large, but it really doesn’t. Just be careful when you raise this chicken with other breeds. It is very docile and curious, which means more aggressive chickens could target it.

The Speckled Sussex is one of the best egg-laying chickens in terms of quantity. 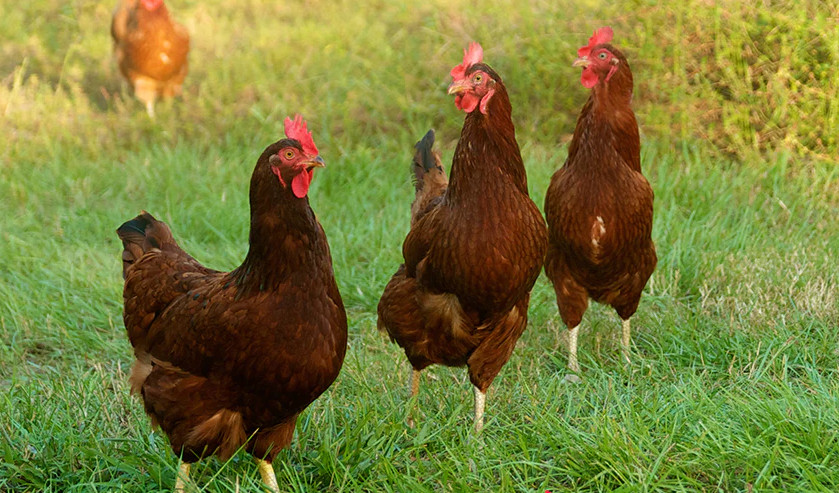 The most popular American breed in the Philippines, Rhode Island Red (RIR) is raised for a dual purpose, both for eggs and meat. These chickens are most popular with small chicken farms because they can adapt easily to backyard conditions, have high resistance against disease, and usually have a rather tough temperament. A Rhode Island Red chicken can lay up to 280 eggs per year. 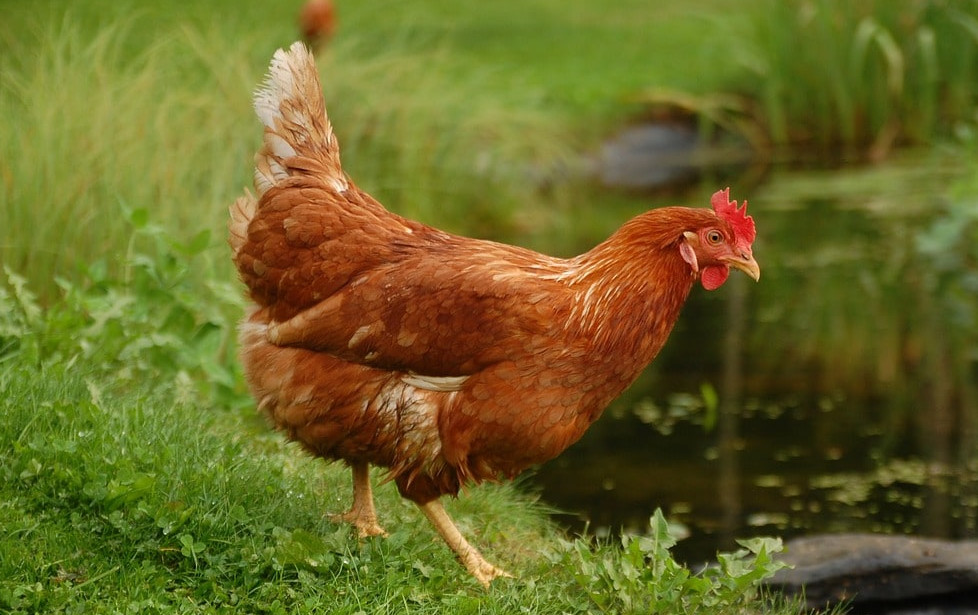 The Golden Comet chickens are one of two modern-day production brown egg-laying strains from hybrid breeding that Cackle Hatchery® produces. They are known for their fast body development, fast egg production, and rich brown eggshell color. The parent stock is made from a proprietary Cackle Hatchery® bloodline/strain of the Cherry Egger male and the Rhode Island White female.

Golden Comets are excellent layers of medium to large brown eggs. They can lay from 5-6 eggs per week which puts them on a par with the Rhode Island Red hen. They are able to put out a whopping 280 eggs per year – that’s almost an egg every day! 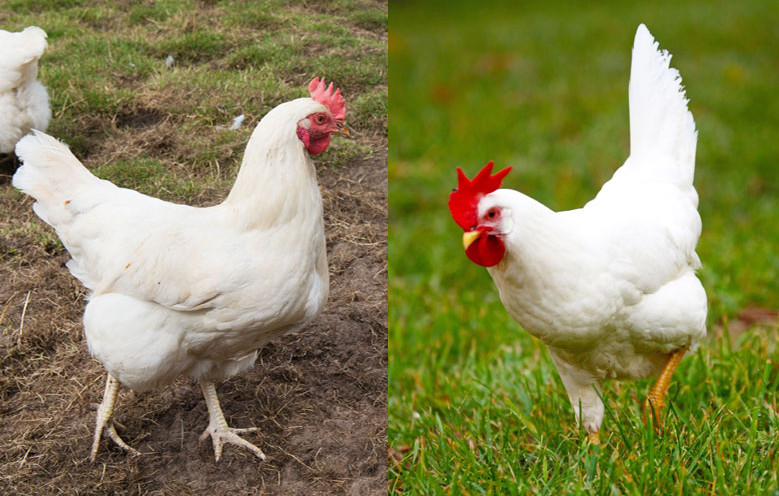 The breed comes from the port of Livorno, Italy, from a very old Italian population. It features 12 color varieties, but the white chickens usually lay the most eggs. Leghorn chickens have an average annual production of approximately 200 eggs, but it can go up to 280 eggs. The eggs weigh 55-67 grams and have a white shell. The brooding instinct is manifested very poorly, with the hens of this race brooding only in the proportion of 1-4%. 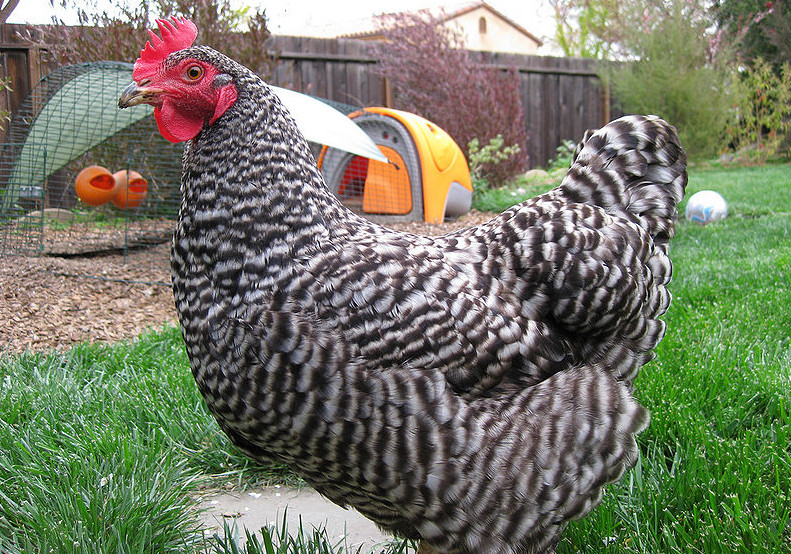 If you’ve got children at home, you may want to have the Barred Plymouth Rock chicken. Aside from having attractive colors, they are very friendly and highly sweet, and kind to everyone. These birds are also very good at foraging, which makes them ideal for free-range chickens. Also, they’re very good at laying eggs, so you’re going to have plenty for the table.

Generally, these birds produce about 280 eggs a year, and they are peach or light brown in color.

You’re also going to like the fact that these birds integrate well with other types of chickens, plus they are big and colorful, so you aren’t going to lose them. The female weighs about 2.8 kg and can start laying eggs between 18 and 22 weeks old. Dominant CZ hybrids are developed as dual-purpose chickens. It is specifically selected to lay more than 250 eggs per year while having lean meat that can be slaughtered in 4 to 5 months.

The Dominant CZ line of breeds is becoming popular in the Philippines as many breeders are shifting to free-ranging.

Similar to Rhode Island Red, the Light Sussex is a dual-purpose hen which means it can be raised for either eggs or meat. A Light Sussex is easily capable of laying 250 eggs a year. The color of the eggs will vary from brown to creamy white.  They are a very calm breed who would happily free-range in a garden without destroying it! If you want a tame breed that would eat from your hand the Sussex is for you.

Choosing the right breed for layers is important to make sure you are not wasting money on feeds. The size of the eggs is another factor why you should choose the right breed.