When it comes to sports, Filipinos cannot live without basketball and of course, cockfighting. Although the latter is more of gambling than sport, many people are also involved in breeding gamefowls as both recreation and business. But the big question that is asked by many people, especially foreigners, “Is cockfighting legal in the Philippines?” We will discuss the answer in this article.

Cockfighting in the Philippines is both legal and illegal depending on where the game is held and to what level. The “Cockfighting Law of 1974” under former President Ferdinand E. Marcos,  regulates the game in the whole country and since then it has never been amended. 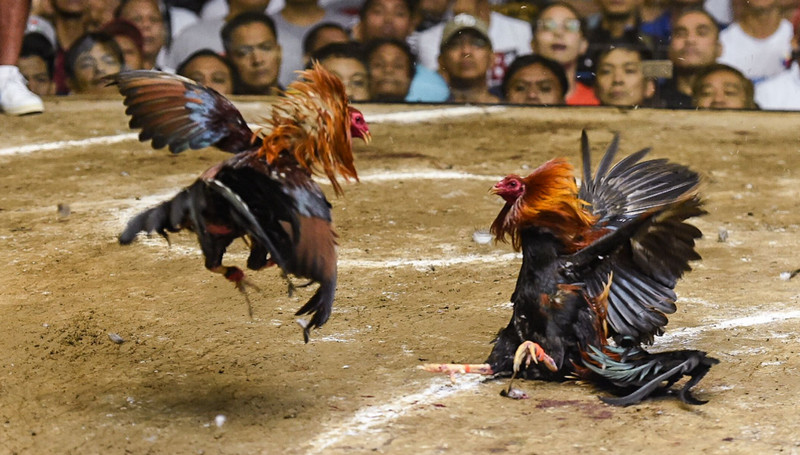 The following is clearly stated:

NOW, THEREFORE, I, FERDINAND E. MARCOS, President of the Philippines, by virtue of the powers vested in me by the Constitution, do hereby decree and order to be part of the laws of the land, the following:

Section 2. Scope. This law shall govern the establishment, operation, maintenance, and ownership of cockpits.

Section 3. Declaration of Policy. It is hereby declared a policy of the government to ensure within the framework of the New Society maximum development and promotion of wholesome recreation and amusement to bring about the following goals:

Section 4. Definition of Terms. As used in this law, the following terms shall be understood, applied, and construed as follows:

(a) Cockfighting shall embrace and mean the commonly known game or term “cockfighting derby, pintakasi or tupada”, or its equivalent terms in different Philippine localities.

Section 5. Cockpits and Cockfighting: In General:

Section 6. Licensing of Cockpits. City and municipal mayors are authorized to issue licenses for the operation and maintenance of cockpits subject to the approval of the Chief of Constabulary or his authorized representatives. For this purpose, ordinances may be promulgated for the imposition and collection of taxes and fees not exceeding the rates fixed under Section 13, paragraphs (a) and (b); and 19; paragraph (g) 16 of Presidential Decree No. 231, dated June 28, 1973, otherwise known as the Local Tax Code, as amended.

Section 7. Cockfighting Officials. Gaffers, referees or bet takers, or promoters shall not act as such in any cockfight herein authorized, without first securing a license renewable every year on their birth month from the city or municipality where such cockfighting is held. Cities and municipalities may charge a tax of not more than twenty pesos. Only licensed gaffers, referees, bet-takers, or promoters shall officiate in all kinds of cockfighting authorized in this Decree.

Section 8. Penal Provisions. Any violation of the provisions of this Decree and of the rules and regulations promulgated by the Chief of Constabulary pursuant thereto shall be punished as follows:

Section 9. Repealing Clause. The provisions of Section 2285 and 2286 of the Revised Penal Code, Republic Act No. 946, all laws, decrees, rules, and regulations, or orders which are inconsistent with this Decree are hereby repealed or modified accordingly.

Section 10. Date of Effectivity. This Decree shall take effect after fifteen (15) days following the completion of the publication in the Official Gazette.

Done in the City of Manila, this 9th day of May, in the year of Our Lord, nineteen hundred and seventy-four.

When is cockfighting legal?

As stated above, cockfighting is legal only if it is held in licensed cockpits with a license to operate during fiestas issued by Mayors.

When is cockfighting illegal?

Everyone knows that cockfighting is everywhere in the Philippines and only those held in licensed cockpits and stadiums are actually legal. Most tupada or lusok (local cockfight) held in Barangay fiesta is illegal but because they are controlled sometimes by the local mayor or an influential Brgy Captain, they became allowed. Local cockfighting activities are sometimes becoming the source of local politicians’ corruption. Whoever controls the cockfighting activities in a single municipality or city is like sitting in millions of pesos and this is why cockfighting is always a hot topic.

It is safe to attend and watch cockfighting?

If the cockfight is held in a city or municipality proper inside a big cockpit, then it is mostly legal and controlled by authorities. It is, therefore, safe to watch and observe. But if the cockfight is being held somewhere remote with a makeshift cockpit, be prepared to run anytime police show up. This is illegal and could result in big trouble.

Where to watch cockfights?

Watching cockfights is always available wherever you are in the Philippines, especially before the Coronavirus pandemic. There are operational cockpits in almost every province. If you see a gamefowl, ask the owner where is teh nearest cockpit and what is the schedule of games. Everyone who owns a gamefowl knows the schedule and places of cockfights.

What is cockfighting in the Philippines?

Cockfighting is hugely popular in the Philippines, where millions of dollars are bet on matches every week. Roosters wearing bladed leg spurs go beak to beak in a brutal fight to the death, as spectators – mostly men – wager on the result.

Why is cockfighting banned in many countries?

In addition to cruelty to animals, cockfighting is often linked to other crimes, such as illegal gambling, robbery, drug use or selling, and even murder—for instance, a triple homicide occurred at a Texas cockfight.

Where does cockfighting happen?

Cockfights have historically taken place in cockpits, which are round arenas bounded by wood, plexiglass, or chicken wire. Stadium seating might be offered at more posh facilities, but at “brush pits” the audience might stand or sit on primitive benches or old car seats.

What is the purpose of cockfighting?

Cockfighting is an age-old practice in which two or more specially bred birds, known as gamecocks, are placed in an enclosed pit to fight for the primary purposes of gambling and entertainment.

Do roosters fight to the death?

Fights occur between roosters as well as hens, however, when fights break out between two roosters they are usually more violent–often leading to multiple severe injuries or to death. Even roosters that were raised together will often have violent fights when it involves hens.

While the rules usually do not require one or both birds to die in order to declare a winner, death is often the outcome due to the severity of injuries. Besides being cruel to animals, cockfighting is closely connected to other crimes such as gambling, drugs, and acts of violence.

The sport was popular in ancient times in India, China, Persia, and other Eastern countries and was introduced into Greece in the time of Themistocles (c. 524–460 bc). The sport spread throughout Asia Minor and Sicily.

What happens if you get caught cockfighting?

A first-time offense of violating cockfighting laws is a misdemeanor. The penalties may include Imprisonment in a county jail for up to one year; and/or, A fine of up to $10,000.

Is there cockfighting in the USA?

Cockfighting is illegal in all 50 states; Louisiana’s cockfighting ban, passed in 2007, is the most recent. Cockfighting also is illegal in the District of Columbia but remains legal in Guam, the Northern Mariana Islands, Puerto Rico, and the U.S. Virgin Islands.

Why is cockfighting very popular in the Philippines?

In 1974, the Cockfighting Law was passed. It acknowledged sabong as “a popular, traditional, and customary form of recreation and entertainment among Filipinos” that should be “a vehicle for the preservation and perpetuation of native Filipino heritage and, thereby, enhance our national identity.”