The Yurlov Crower is an ancient breed of chicken developed in Russia, during the second half of the 19th century. It is mainly selected and used for long-crowned rooster competitions. His song lasts from 7 to 9 seconds.

The Yurlov Crower is a dual-purpose bird with a strong build, a broad, elongated body, and good traits for egg and meat production. They have large, rounded heads, watts, and red earlobes, and come in rose-type and single-crested varieties. 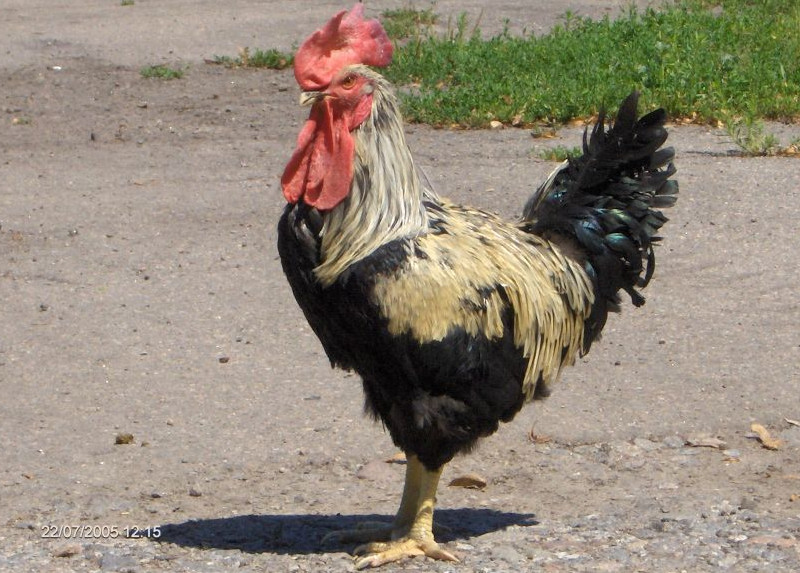 Yurlov hens are regular producers of large cream-colored eggs (they lay about 150 to 160 eggs per year, weighing 60 to 90 g each). Due to its meat characteristics, the weight of the adult hen is approximately 3 or 4 kg, while the rooster reaches 4.5 to 6 kg.

The Yurlov Crower breed was probably created in the second half of the 19th century by crossing Chinese meat breeds, fighting roosters and local breeds, but with the direct influence of the Malay breed. According to scholars of the breed, the known breed plumage color variants are; white, silver, scarlet, black with light yellow or gold, and black.

The breed was a topic of discussion among luxury, commercial, and state breeders in Russia and Ukraine for a long time in the 20th century. It has been preserved and studied on some state poultry collecting farms since the 1970s and 1980s. Articles in the Geflügel-Börse magazine published by two German writers, Rüdiger Wandelt in 1993 and Wolfgang Vits in 1994, introduced the breed to poultry enthusiasts in Germany. However, the breed was not known to a wide community of western poultry farmers, for which an effort had to be made to extend the breed.

Continued contact between German and Russian poultry farmers in the 90s and 2000s led to the importation of the Yurlov Crower breed to Western Europe and the growth of its popularity first in Germany and later in other European countries.

According to the Central Statistical Administration of the former Soviet Union, in 1985 there were only 200 Yurlov chickens registered in their native country. After the disintegration of the USSR, the population of the breed in the independent Russian Federation, Ukraine, and other republics decreased dramatically. Based on data collected in 1993, the Yurlov Crowers breed was included in the second edition of the UK Food and Agriculture Organization’s World Watch List in 1995.

In 1993, 205 Yurlov birds were kept in the Kharkiv region of Ukraine, for which the status of the population remained critically endangered. The current population of Yurlov Crower chickens in Russia and Ukraine may be several thousand, including state farms and fans.