Planting is one of the most important parts of the world of agriculture. Because of planting, we have something to harvest and eat. Planting also helps many when it comes to business, including rice, corn, sugarcane, and so on. Because of planting, we have our countrymen who are given decent jobs like our hardworking farmers. But what else should we know about planting? Just like techniques like intercropping, what is it and how does it help?

Intercropping is a method or technique of planting which is also called multiple cropping. One of the main purposes of inter-cropping is to be able to save more yield on a plot of land by planting one or more types of crops or multiple cropping. The method of inter-cropping or its technique also requires sufficient knowledge and study before it is carried out. Careful planning is needed, it is also necessary to consider the climax whether it is summer or rainy season, what kind of soil, and of course most important what kind of crop variety will be used. It is also necessary to choose the types of crops that will be planted at the same time and the important thing is that they should not compete for the vitamins they get from the soil. And when done properly, the yield will surely increase. 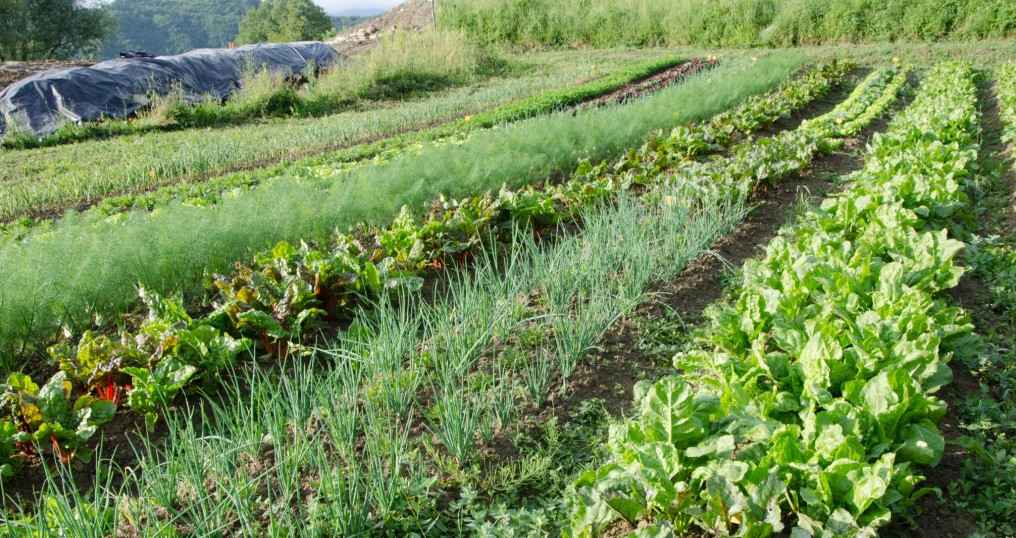 What are the Benefits of Intercropping

How does inter cropping help in planting and what are its benefits? According to the study, intercropping helps through pest control or pest management. Isn’t it one of our goals when we plant something to avoid pests? The importance of intercropping is that it can prevent or protect crops from pests.

Advantages of intercropping: Fertility, the ability of the soil to maintain plant growth, is very well maintained. It is one of the natural ways to control pests.

Example: Planting pumpkin and next to it is garlic. Because pests or insects do not like garlic so it can be a repellant to your crops.

So when your crops are pest-free, you are sure to reap a lot. That’s just one of the most important benefits of intercropping.

It is important for our farmers to know the importance of inter cropping. Who among us does not want a greater harvest? More harvest, more income in business as well as for our farmers. In addition, we will not be short of supply of vegetables when we have a large harvest.

How To Do Intercropping

The following video will explain and will serve as a guide on how to do intercropping.

It is important for our farmers to know the importance of inter cropping. Who among us does not want a greater harvest? More harvest, more income in business as well as for our farmers. In addition, we will not be short of supply of vegetables when we have a large harvest.

So if you want a prosperous life and help our environment, start learning inter cropping, because this is really the planting that we Filipinos need!

Questions Related to Agriculture and Farming

Intercropping is the practice of growing two or more crops in proximity. The most common goal of inter cropping is to produce a greater yield on a given piece of land by making use of resources that would otherwise not be utilized by a single crop.

What is an intercropping example

It is particularly important not to have crops competing with each other for physical space, nutrients, water, or sunlight. Examples of intercropping strategies are planting a deep-rooted crop with a shallow-rooted crop, or planting a tall crop with a shorter crop that requires partial shade.

What are the 4 types of intercropping?

Different types of intercropping systems are adopted in various countries which can be grouped into the following.

What type of farming is intercropping?

Intercropping is an all-encompassing term for the practice of growing two or more crops in close proximity: in the same row or bed, or in rows or strips that are close enough for biological interaction.

Which crops are good for intercropping?

Crops such as cowpea, groundnut, beans, Bambara groundnut, and other leguminous crops have roots that are able to make soil nitrogen available to other plants.

What are the effects of intercropping?

What is the difference between Inter planting and intercropping?

Interplanting is sometimes referred to as inter-cropping. Using the terms interchangeably is widely accepted and often regionally based.

Intercropping in the strictest sense, however, refers more specifically to large, often commercial, farming enterprises and is the practice of planting alternating crop rows.

Why is intercropping important in agriculture?

Intercropping is the growth of two or more crops, simultaneously (Vandermeer, 1989). The major benefits of inter-cropping are (1) increasing the rate of crop production, with the advantage of simultaneously decreasing the risk of total crop reduction, and (2) controlling weeds (Liebman and Dyck, 1993).

Intercropping appears to give a 16-29% larger yield per unit area than monocultures in intensive agriculture under the same circumstances, while using 19-36% less fertilizer when counted per unit product.

How is intercropping sustainable?

Previous studies prove that intercropping can produce greater yield with less agrochemical (i.e. chemical fertilizers and pesticides) input than monocultures, via better nutrient use efficiency and disease and pest controlling of crops.

Intercropping is one of the important cultural practices in pest management and is based on the principle of reducing insect pests by increasing the diversity of an ecosystem.

In summary, our results suggest that, compared with monocultures, inter-cropping can enhance soil fertility, can provide ~22% more food per unit of land, and, in some cases, may help increase the year-to-year reliability of crop production.

Are inter-cropping and mixed farming the same?