Vertical farming or gardening is becoming more and more popular in the Philippines, especially in urban cities like Metro Manila.

The Philippines is a tropical country, with temperatures ranging from 25 degrees Celsius to 35 degrees Celsius. It’s humid and rainy most of the time, which makes agriculture difficult because it can’t be done outdoors. Vertical farming can help solve this problem by bringing food indoors where it’s safe from extreme weather conditions like hurricanes or earthquakes. Vertical farming also has other benefits such as increasing crop yields, reducing costs for farmers who produce their own goods using this method, and even providing jobs for people who live in rural areas without access to clean water or electricity (which is common). 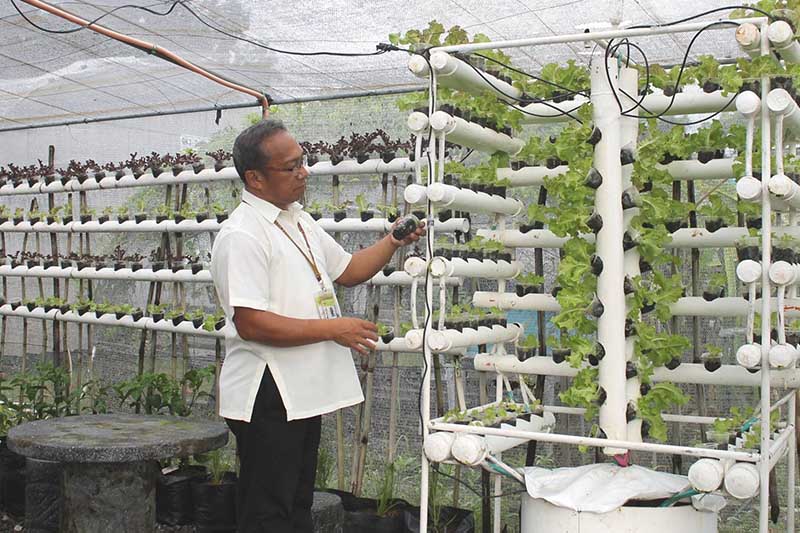 Vertical farming is not just for leafy greens

Vertical farming is not just for leafy greens. It can also be used to grow other crops like fruits and vegetables, herbs and spices, flowers, and even microgreens.

Vertical farms are ideal because they use less land than traditional crop production systems while still producing high yields.

Vertical farming could bring many benefits to the Philippines.

Vertical farming could bring many benefits to the Philippines. It would reduce food wastage, as farmers would be able to grow crops in a small space that allows them to produce more food than they could with conventional farming practices. Vertical farms also allow for less land usage, which can help conserve natural resources and protect water sources from pollution or contamination.

Vertical farms use no pesticides or fertilizers, which means fewer chemicals are used on crops when they’re grown indoors rather than outdoors. They also reduce transportation costs because it’s easier for one person to move around a large amount of produce than it is for several people who may have different jobs—for example if you’re working at an office all day but your spouse works outside the city just so he/she can earn enough money from an extra job during off hours (or maybe even full time). Finally: vertical farming reduces packaging costs since there aren’t any extra materials needed besides what’s needed inside a storage bin (and maybe some tape).

You can fill your plant beds with soil or a fertilizer like coco bricks, coco peat, and coco coir.

Soil is cheaper than coco bricks, but it’s also less efficient and requires more maintenance. Coco bricks are more expensive but they last longer, provide better results and are easier to maintain than soil.

Vertical farming can be done in any building regardless of weather conditions, which is why it’s a good way to grow food in urban areas.

Vertical farms are also known as “agriculture buildings.” They’re built on top of buildings and are used for growing crops indoors. The stacked layers allow sunlight to pass through them and provide an ideal environment for plants’ photosynthesis process (the process by which plants convert light energy into chemical energy).

Growing crops indoors requires different types of equipment like hydroponics systems (which use water instead of soil) or aeroponics systems where oxygen is supplied directly from the air via pipes running through the ceiling above each plant container so there’s no need for soil anywhere near these modules being grown up high above ground level where pests might get into them easily without having access points like those provided by traditional farming methods such as tilling around roots where pests tend not only find shelter but also populations increase quickly due largely because the lack thereof access points makes us vulnerable when trying harder things like planting seeds directly onto some surface without having extra protection against predators like birds who may eat our seeds prematurely leaving us frustrated at losing yet another opportunity before harvest time arrives again next year.”

In many areas, the soil is not suitable for farming without much effort and time spent on preparation. Vertical farming is also more efficient because it can be done in a small area, which makes it possible to use fewer resources and produce more yield per hectare. It’s also sustainable because there are no adverse effects on the environment like deforestation or soil degradation caused by intensive agricultural practices such as plowing or tilling; these methods require large tracts of land that generate huge amounts of greenhouse gases when burned in order to fertilize their fields with manure from livestock raised inside pens near the house’s backyard (or wherever else someone might want them).

Vertical farming is a great way to produce high-quality food. It’s also environmentally friendly, as it reduces the need for fresh water and fertilizer. The Philippines is perfect for this type of agriculture since it has a tropical climate and abundant sunlight. With vertical farms in Jakarta or Manila, you don’t have to worry about soil erosion or pests because they won’t be able to reach your crops!

Is hydroponic farming profitable in the Philippines?

According to the Philippine Hydroponics Development Corporation (PHDC), around 120 hydroponic farms currently operate in the Philippines, with an annual production capacity of 800 metric tons. In terms of value, hydroponic produce is said to be more profitable than traditional agriculture due to its lower input costs.

Why do vertical farms fail?

A lot of crops need a bit of wind to develop tall, strong stalks, needed later when they are carrying heavy loads before harvest. As a result, indoor farms are severely limited and have a hard time growing things besides simple greens.

Does vertical farming use a lot of electricity?

However, the report found that vertical farms have a significantly higher average energy use at 38.8 kWh per kg of produce compared to traditional greenhouses, which average 5.4 kWh per kg.

What is the biggest downfall of vertical farming?

However, vertical farms also face many challenges. Energy costs are often the largest operational expenditure in vertical farming, owing to the reliance on LEDs and HVAC systems. Additionally, using only LEDs for lighting means certain crops cannot be grown economically.

Why vertical farming is not eco-friendly?

Vertical farming is a much more energy-intensive practice when comparing it to greenhouse growing. It is estimated that it takes about 3500 kWh per year for every square meter of growing area to produce lettuce in vertical systems, and only 250 kWh when grown in the greenhouse.

Which agriculture is most profitable in the Philippines?

The commercial dairy industry ranks among the most lucrative agricultural business ideas. Besides milk, it also produces a lot of manure. Dairy farming has a great deal of potential to increase milk production.